As an institution with a proud history of educating law enforcement officers and creating an environment in which all have the opportunity to flourish, we are excited about this issue of Justice Matters, which engages our mission to educate fierce advocates for justice by focusing on one of our core strengths–criminal justice. We spoke with members of our community who have dedicated their lives to keeping our communities safe or innovating to improve our criminal legal system.

On January 25, Mrs. Amalia Mora lost her beloved son, the New York Police Department (NYPD) lost a valued colleague, and John Jay College mourned the death of an accomplished alumnus. We sat down with Mrs. Mora to learn more about her son, Detective Wilbert Mora ’18, and we also reached out to folks across the campus to see the special ways they’re honoring his memory.

It’s impossible not to see similarities between Detective Mora and many of our students featured in this issue. Yanvier Morel ’23, like Detective Mora, is a Dominican immigrant, the first in his family to go to college, at the start of his NYPD career, and determined to build a bridge between communities and law enforcement. Through students like him, we extend and strengthen Detective Mora’s legacy.

We dedicate ourselves to justice, in part, through our public safety initiatives. In 2020, we collaborated with the National Organization of Black Law Enforcement Executives (NOBLE) to map a vision for public safety, and we’ve since expanded this commitment. I was honored to serve on the Public Safety Transition Committee formed by Mayor Eric Adams ’98, along with some of the city’s leading authorities on crime prevention, community advocacy, and philanthropy. This included Erica M. Bond, who recently joined John Jay to spearhead our social justice initiatives. Here we discuss some of these efforts with her, such as convening a high-profile conversation on bail reform.

The late Nelson Mandela once said, “Safety and security don’t just happen, they are the result of collective consensus and public investment.” We will continue to advocate for justice so that our neighborhoods are safer, our criminal legal system fairer, and our future even brighter. 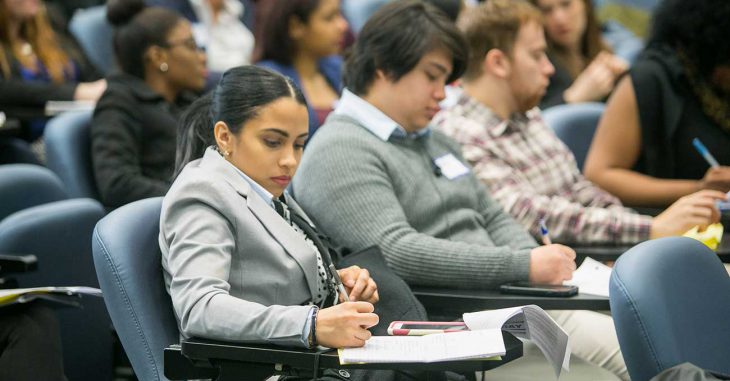