THE DATA COLLABORATIVE for Justice (DCJ) was launched in 2019 on the principle that the U.S. needs data to understand the landscape of today’s criminal legal system, and it needs to assess if reforms are effective. “You need data to see what the problems might be in the system, and how to fix those problems,” says Preeti Chauhan, Ph.D., founding Director of DCJ and Psychology Associate Professor at John Jay College. 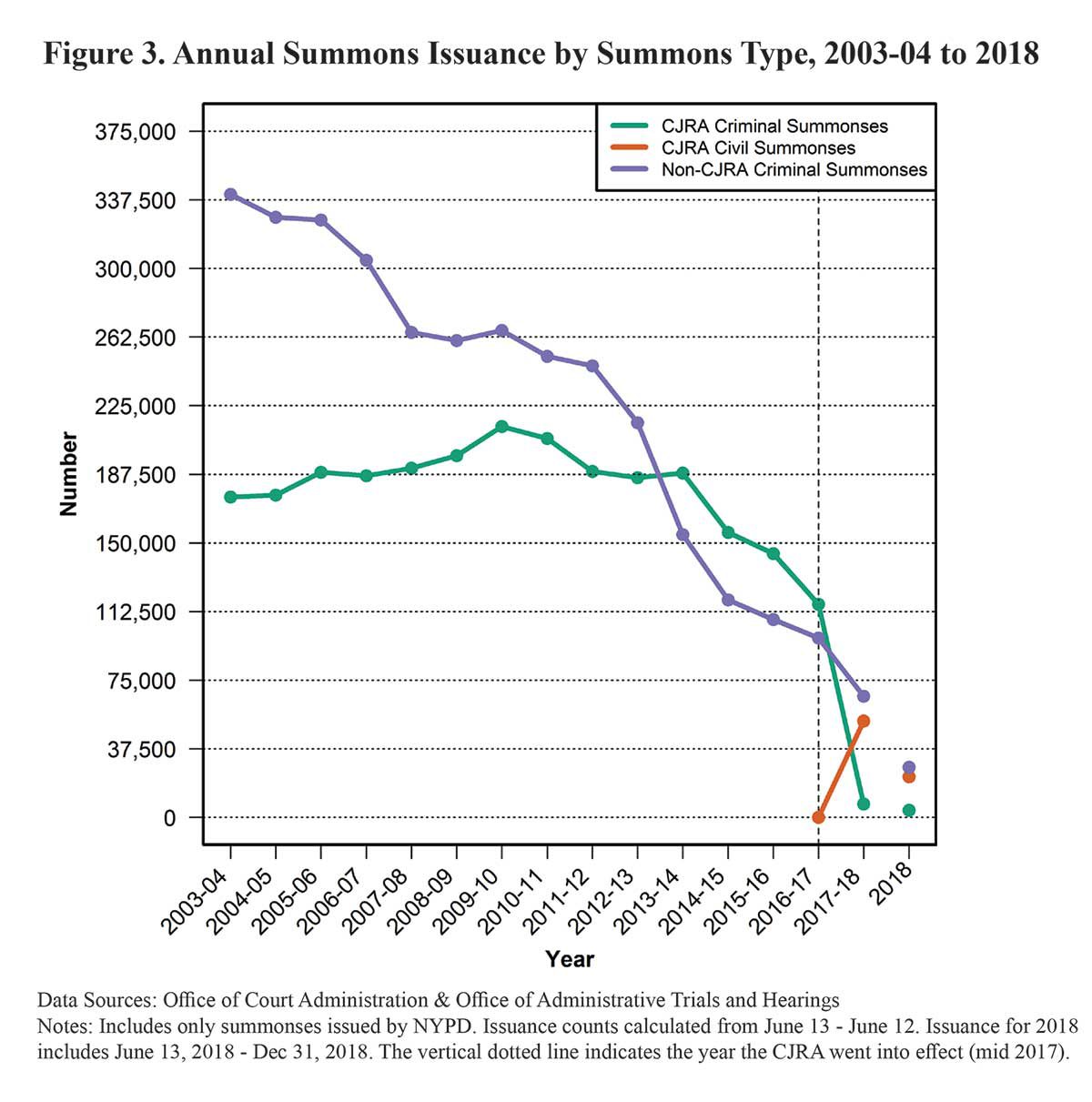 Today, DCJ researchers are measuring the impact of New York City’s Criminal Justice Reform Act (CJRA). Passed by the City in 2016, the CJRA shifts summonses for common low-level offenses—public consumption of alcohol, public urination, park offenses, unreasonable noise, and littering—from the criminal to the civil arena. It also gives offenders the option to complete community service instead of paying a fine. The point is to reduce the financial burdens many offenders face, as well as to prevent negative outcomes, like open warrants, for failing to appear in court and collateral consequences related to housing, employment, and immigration.

MEASURED REFORMS
DCJ’s new evaluation, contracted by the Mayor’s Office of Criminal Justice, uses public administrative data to measure the issuance of both criminal and civil summonses in the 18 months after CJRA was put in place. It is the organization’s latest in a series of studies to measure the impact of the legislation. “We can tell a story with our data because we’re looking at it over time,” says Shannon Tomascak, a DCJ analyst who is lead author on the new report. That story suggests CJRA is working as intended. New York City saw a 94 percent reduction in criminal summonses for CJRA offenses and a 93 percent reduction in warrants for failure to appear. That adds up to around 123,000 fewer criminal summonses and 58,000 fewer warrants citywide during the 18 months after implementation, according to DCJ projections. Overall, 87 percent of summonses for CJRA offenses are now being issued as civil summonses instead. As many as 73 percent of offenders opt for community service in place of fines. 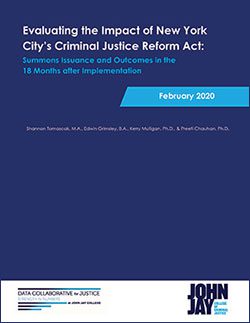 This means less burden on people who get cited for minor crimes. Tomascak gave an example: “Someone litters in public, and they get a criminal summons, and then they don’t show up in court, and then there’s a warrant out for their arrest. That’s a long chain of events for a really low-level offense.” It also means less burden on criminal courts, since CJRA has reduced their volume significantly. Meanwhile, a separate DCJ study, released in 2019, found that offenders still show up for court at a comparable rate, even as summonses for CJRA offenses have moved into the civil arena.

FOLLOWING THE DATA
For Chauhan, this is all confirmation that data matters. “One big finding for us is that when legislation is implemented, you need to track it to see if it’s having intended outcomes,” she says. Even before DCJ was founded, Chauhan and former John Jay President Jeremy Travis were promoting fact-based analysis through the Misdemeanor Justice Project, which published reports on trends in misdemeanor arrests. As DCJ looks toward the future, it is taking on not only misdemeanors and summonses, but also a range of other data in the system at large. They have recently expanded their work to seven other U.S. cities, where they collaborate with local partners to document patterns in lower-level enforcement. “You need data to guide evidence-based decision making,” Chauhan says. “You need facts and not fear.”