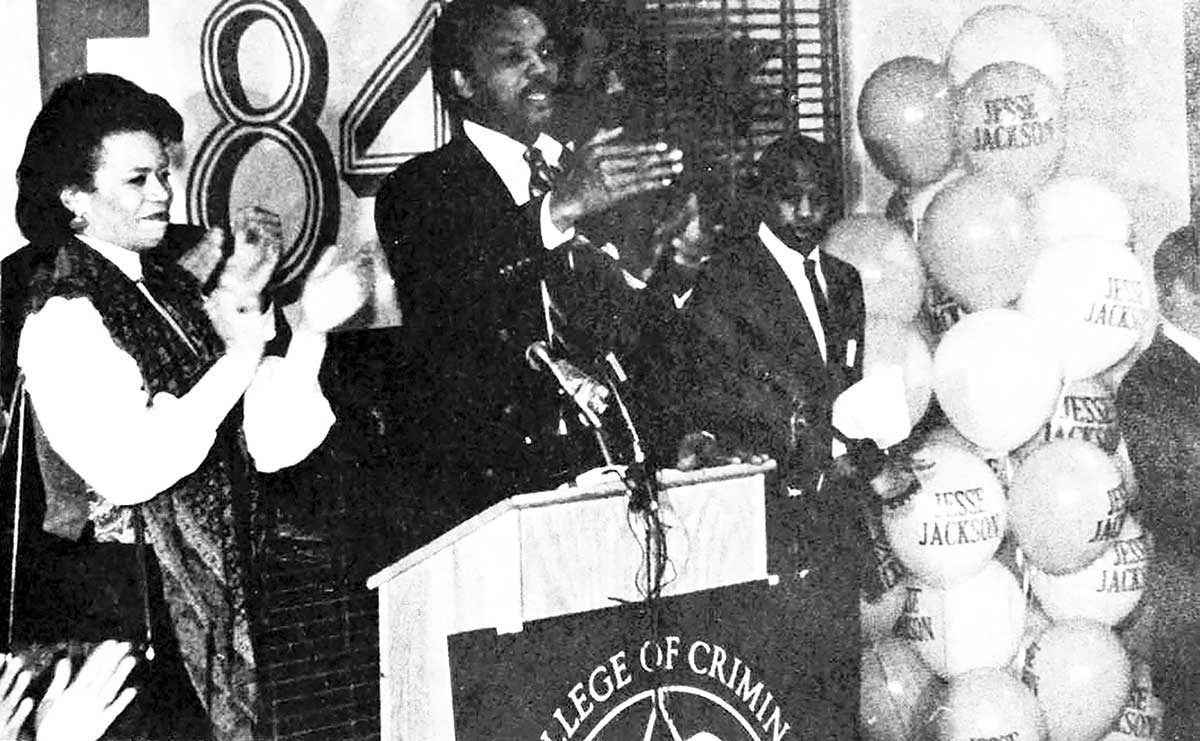 Reverend Jesse Jackson, a potential democratic nominee for president of the United States spoke at John Jay one evening in February 1984. The event was completely sponsored by the Manhattan Supporters for Jesse Jackson, who rented space in the cafeteria in a fund-raising effort. Some student leaders were invited to serve as hosts and hostesses at the fundraiser. The event stirred up a lot of student interest since it was held on a night when classes were in session and school was in full swing.

By
Tags: #departmentsfa20 in Reflections
Contents