Unpacking the goals, practices, and outcomes of police officers using body worn cameras (BWCs) is a complicated issue. Currently, there’s limited—yet ongoing—research focusing on the impact these videos have on law enforcement and the communities they serve. But, by looking at the current research, acknowledging the historical context, delving into the real-life experiences of officers wearing BWCs, and thinking ahead to the questions that need answers, we get a snapshot of where we are on the subject and how we can move forward. We’re learning now that for law enforcement, BWCs can improve officer safety and reduce agency liability, and we have an eye on the developing body of research that could increase community trust and promote healing for families.

We can trace the impetus for BWCs to a specific sequence of events that put deadly force in the headlines. Five years ago in Ferguson, Missouri, when an unarmed African-American man named Michael Brown was shot and killed by a white police officer, a wave of protests and a national conversation begun about possible excessive use of force by police. That same year, Tamir Rice, a black child from Ohio, suffered the same fate. The following year in New York City, Eric Garner was killed by an officer using an illegal chokehold. Over the succeeding months and years, civilians with cell phone cameras continued to capture incidents of police officers using force, largely against people of color. The videos went viral, protests continued, and advocates began to include calls for more BWCs in their broader appeals for policing reforms. This was the backdrop against which police BWCs were deployed.

Today, about half of large police departments use body cameras. A 2019 George Mason University study that reviewed existing research found some evidence for a slight decrease in civilian complaints among officers who wore body cameras. But, they also noted that, “The decline in complaints seen may indicate a reporting effect or a change in citizen reporting behavior rather than an effect on officer behavior or even on the quality of police-citizen interactions.” These findings could indicate that the way body cameras are deployed and utilized may have to be adjusted before they are able to achieve significant results.

“The research is very mixed,” says John Jay Associate Professor, Eric Piza, Ph.D. “Certain studies have found a sizable positive effect, but others have found no effect.” According to Piza, the next step is to look specifically at how officers are using the cameras, and the particular situations during which they are used. His current research focuses on identifying the situational determinants of police use of force through a systematic social observation of body camera footage and usage. Comparing body cameras to traditional closed-circuit television (CCTV) cameras for security, he explains, “A CCTV camera is not going to be effective if police don’t have the manpower to respond to events caught on camera, and an investigation won’t be helped unless the detectives have the ability to mine through body camera footage to identify certain elements. It’s all these human factors that determine if the technology will work.”

Piza’s current work revolves around studying those human factors. Specifically, he is combing through hours of bodycam footage from the Newark, New Jersey Police Department seeking to catalogue situational factors that result in use of force—for instance whether an officer announced their camera was recording, or whether they gave a suspect a chance to answer questions. This emphasis on the process of how cameras are used and the situational factors surrounding encounters with civilians may prove to shed further light on how to get the best results out of body cameras. “The jury is still out on how to best leverage the benefits, and currently we have very little guidance to give police on how to best deploy and release the footage. So I would hope that the insight of research catches up with the cameras’ level of use,” he says.

Gloria Browne-Marshall, John Jay Professor of Constitutional Law, who is currently working on a book about policing in America that explores the vestiges of race-based behavior in law enforcement, believes that there are two areas of research that are greatly needed to move the needle forward on the topic of BWCs. The first being analysis of the timing in which the videos are released correlated to the level of distrust from the public. “On an anecdotal level, we’ve seen that if there’s a long protracted amount of time before the release of the video footage, it undermines police-community relations and the credibility of the police department,” says Browne-Marshall. “It can also heighten a community’s misgivings about law enforcement and stifle any type of trust.” Conversely, one can assume—and research is needed to test and confirm—that reducing the time to public release of BWC footage can increase community trust.

The second area of research that Browne-Marshall feels is critical to study involves leveraging the wealth of information captured through BWCs showing real-life interactions between police and community members in order to develop our understanding of the legal standard for when a “reasonable” officer fears for his or her life. “That research needs to be done based on an archive of BWC videos,” says Browne-Marshall. “Under the law there is a reasonable-person standard for everything. Looking at a body of police video footage, we need to ask, would a reasonable officer fear for his or her life under those circumstances? There are reasonable standards for other aspects of policing, but right now, there’s no reasonable standard for fearing for one’s life.” In Browne-Marshall’s view, this research could act not only as a training opportunity for officers, but it could also provide sound parameters for the use of deadly force.

“Looking at a body of police video footage, we need to ask, would a reasonable officer fear for his or her life under those circumstances?” — Gloria Browne-Marshall

In New York City, where 24,000 officers wear body cameras—exactly two thirds of the force—the decision to release bodycam footage to the public rests with the Police Commissioner. According to Anthony Tasso, ’19, Commanding Officer of the New York City Police Department’s Information Technology Bureau, there are other methods of accessing the footage. The department generally releases footage in response to requests under the state’s open records law, and there’s a civilian complaint board that also can access the footage. When it comes to use of force, Tasso says that police work, even when done properly, can seem excessively violent to an outside viewer. “Force is hard to watch even when it’s necessary,” he says. “In the law enforcement community, there’s a saying called ‘lawful but awful.’ It’s not easy to watch, and it never looks pretty, even when it’s appropriate.”

Some of the police officers who were initially resistant to body cameras have come to embrace them for the primary reason that they often vindicate officers in the event of a lawsuit. Many times, “it backs up the cops,” says Peter Moskos, Ph.D., Associate Professor of Law, Police Science, and Criminal Justice Administration, and a former police officer himself. “What I gained from my police experience, and what people don’t understand, is how crazy and irrational some people can be. Cops get falsely accused all the time,” he adds. With body cameras, Moskos says it’s possible to have a full account of an incident, rather than just civilian cell phone footage, which often covers only part of an incident.

According to a United States Department of Justice report, “The main reasons that local police and sheriffs’ offices had acquired BWCs were to improve officer safety, increase evidence quality, reduce civilian complaints, and reduce agency liability.”

With body cameras offering reams of data, Browne-Marshall sees the potential for mountains of footage to serve as a research resource, while Tasso says one of the biggest challenges with body cameras is the enormous amount of footage they generate. “The most expensive part of the program is not the cameras, but storing the video,” he says. It would be unrealistic for the NYPD, or other large departments, to hold onto every police-civilian encounter that’s captured. So most departments set a time window—usually 60 days, but it varies among departments—during which all body camera footage is stored. After that, unless an incident is tagged as critical or flagged by the civilian complaint board, it disappears.

“The most expensive part of the program is not the cameras, but storing the video.”
—Anthony Tasso

This becomes problematic given the fact that lawsuits, “open records” requests, and other means of obtaining footage can take far longer than 60 days to process. Piza explains, “By the time a request goes through, the piece of evidence may not exist anymore on the server. The obvious pushback is, ‘let’s make storage indefinite.’ But we have to be mindful that we’re making an incredibly expensive technology even more cost prohibitive for police.” Responding to the discrepancy over who controls the footage, Browne-Marshall says, “Until the Supreme Court rules in a case requiring the release of camera footage, there’s not going be a consistent policy across the country.”

Unsurprisingly, the group that seems to be benefiting the most from body cameras are the companies that make them. According to the New York Times, “Axon [formerly known as Taser International] has sold more than 300,000 police cameras worldwide.” Given the mixed bag of results, the question regarding body cameras is what do we do next? According to Piza, “The next step is for the research community to start digging deeper into the process and ask, what is it about successful applications of body camera technology that make them successful, and vice versa? Despite the fact that we get caught up in tech solutions to crime, and despite the promise those tools have, what largely determines if video surveillance or other technology is going to work is the human factor behind it.” 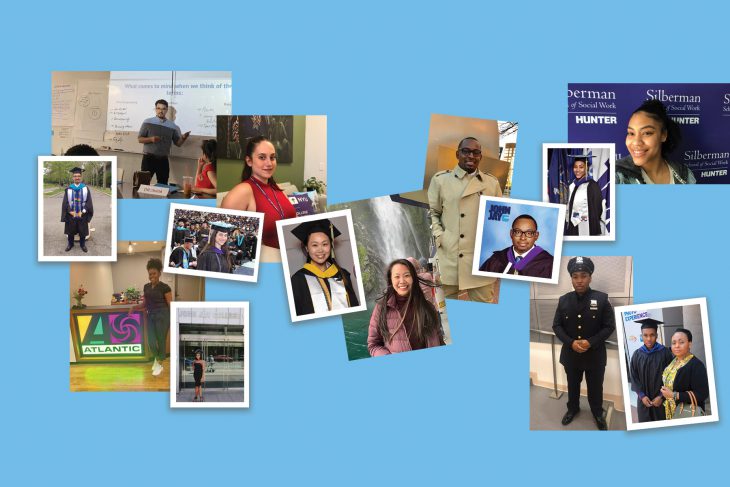 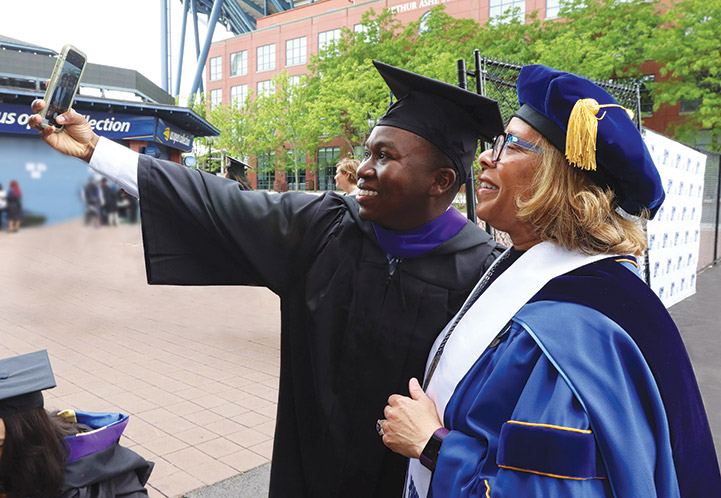 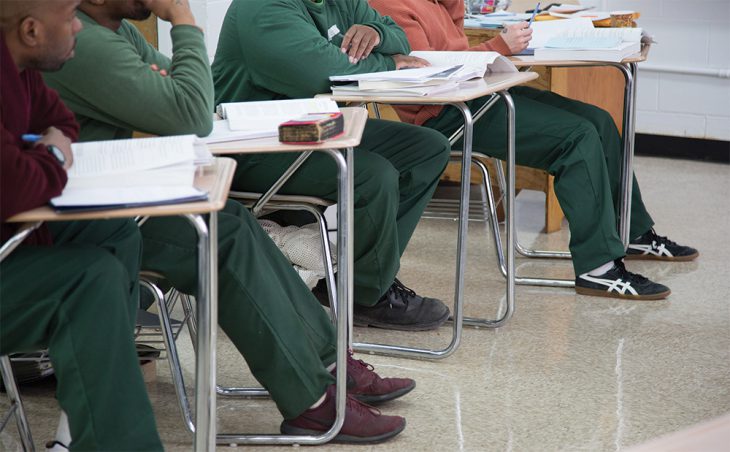 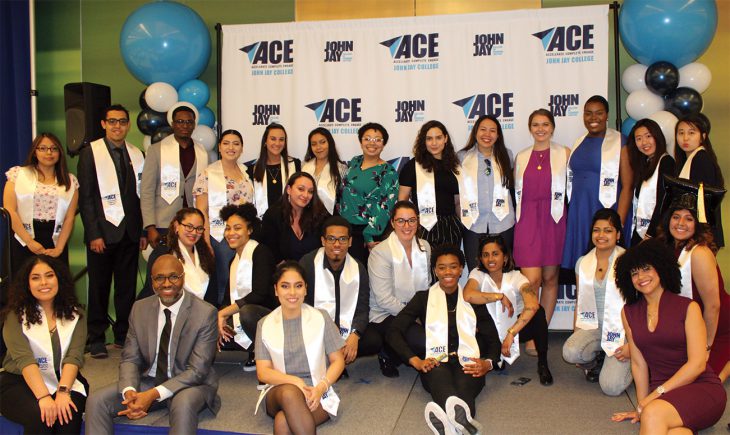 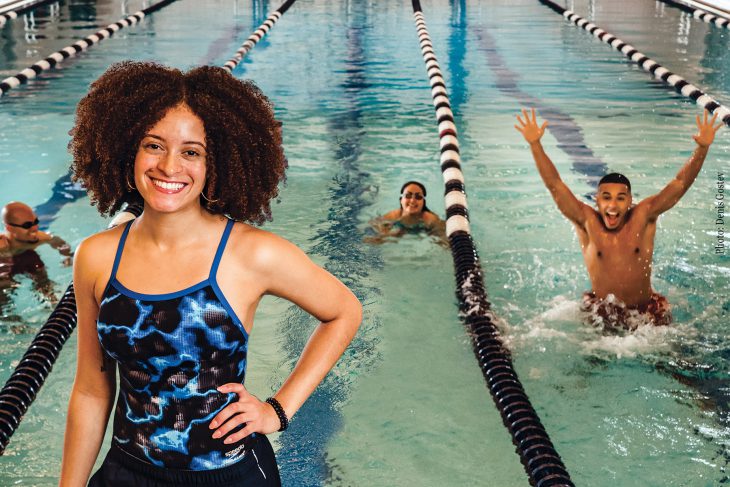 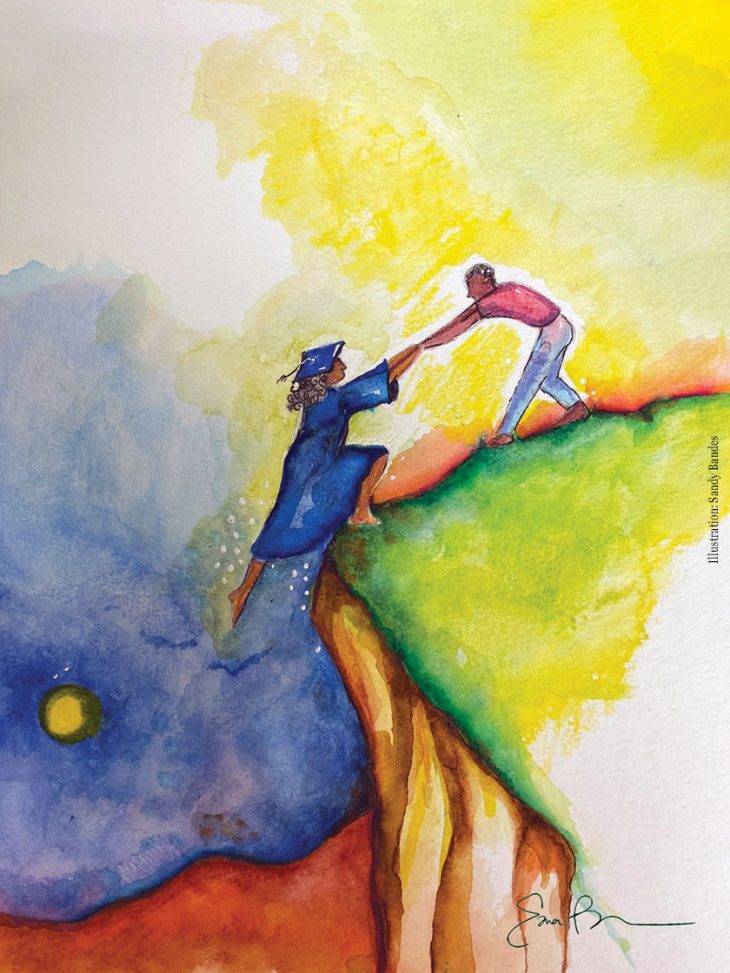 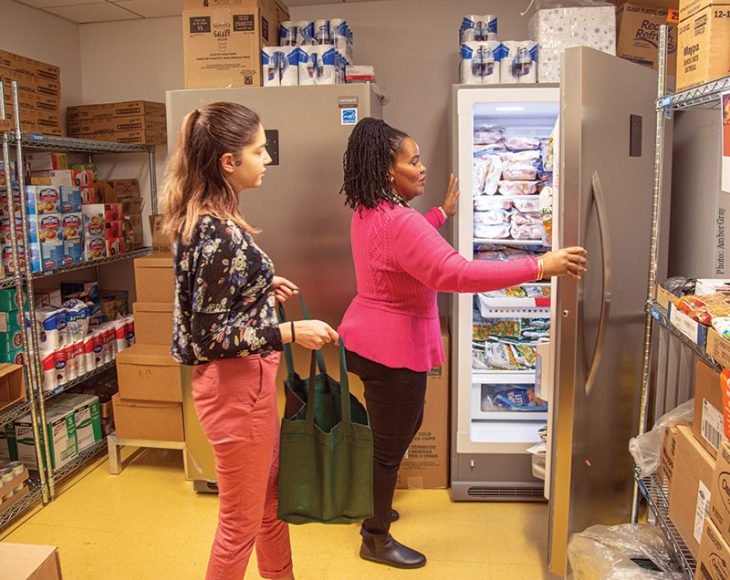 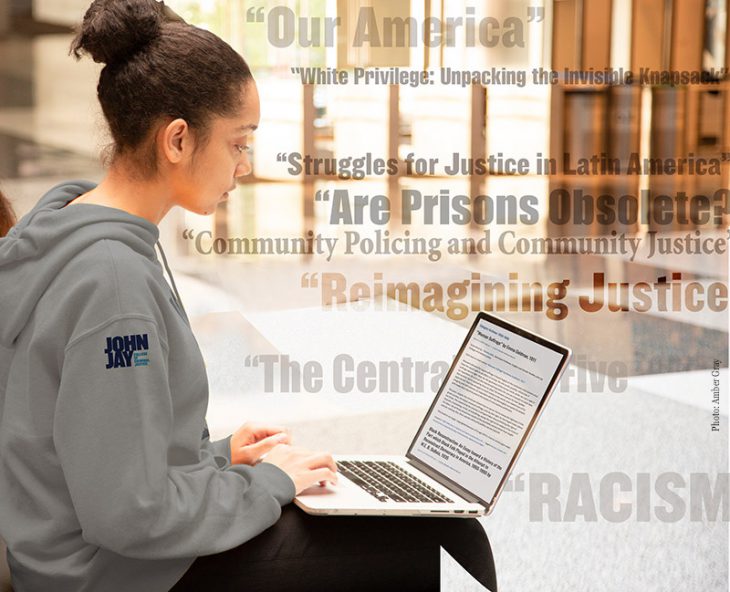 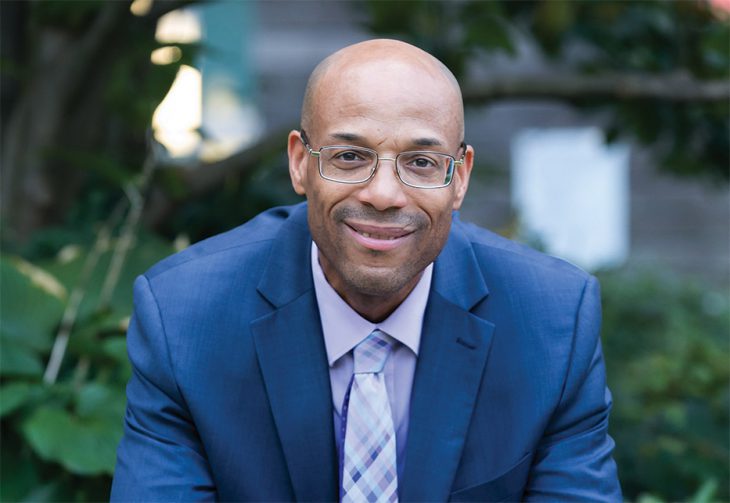 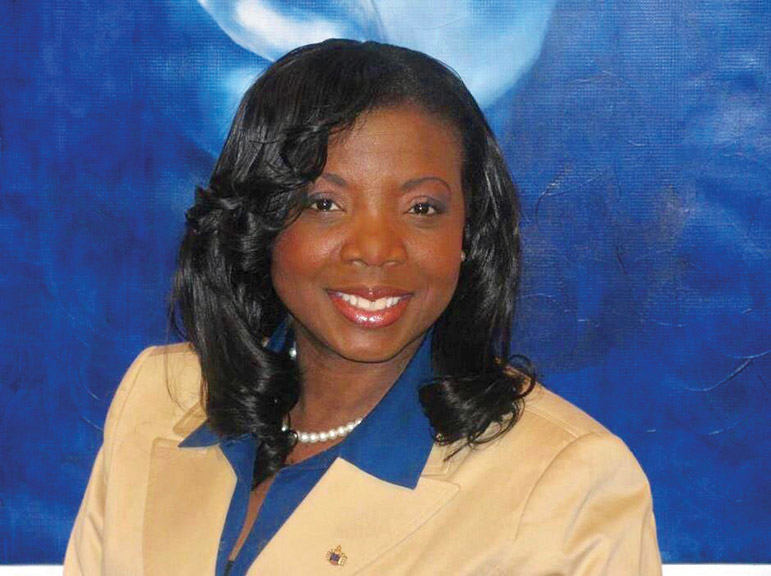 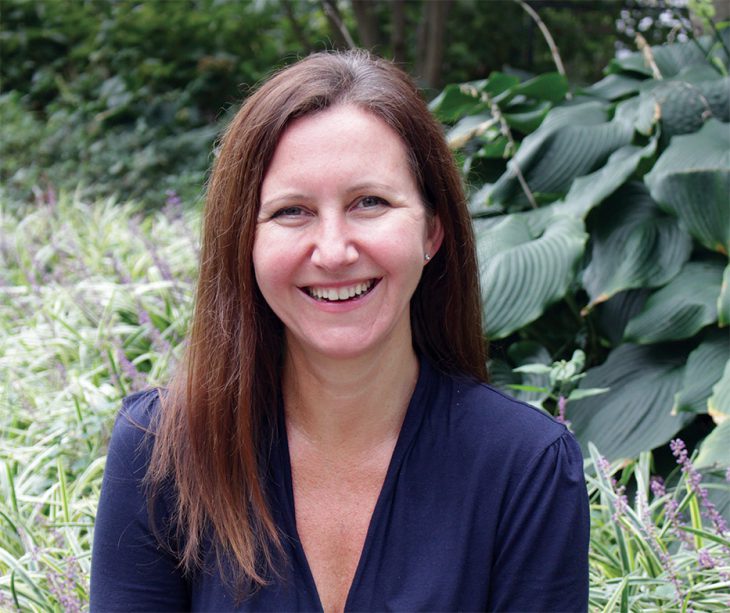 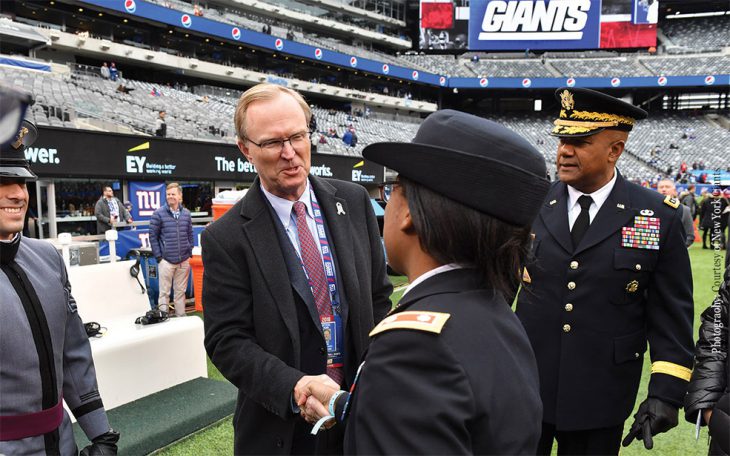 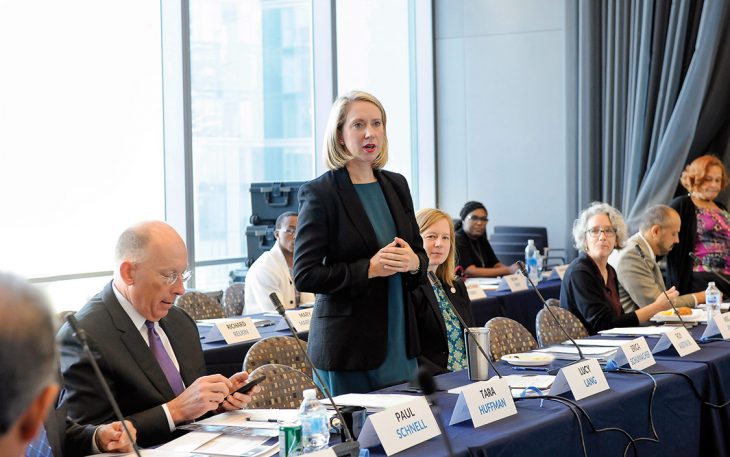 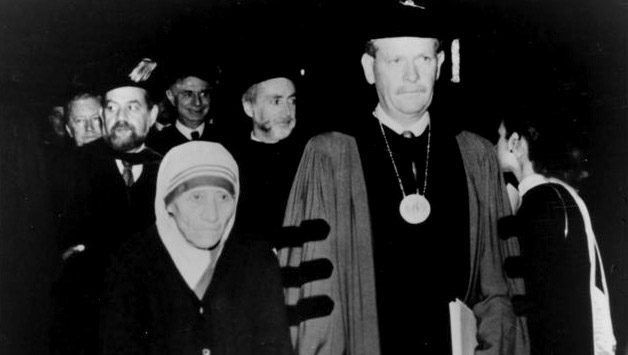 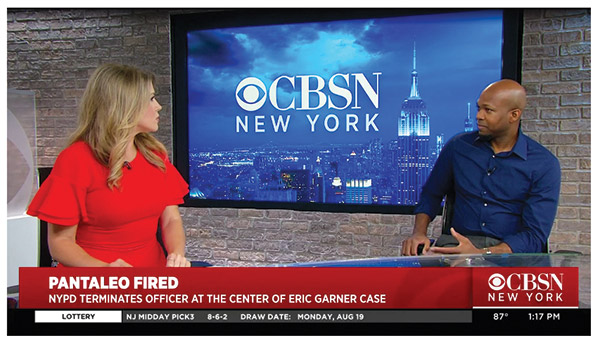